What Is Differences Between Crowns And Veneers? 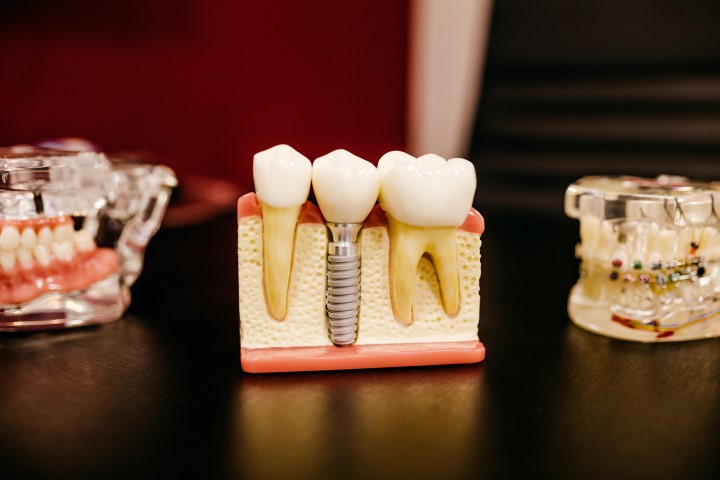 What is the difference between veneers and crowns? And so We understand why it's a common question because it's the main two ways that dentists restore teeth and they're used kind of primarily for two different roles. But a crown is basically something we use to restore the structure and strength to a tooth that is pretty badly damaged. 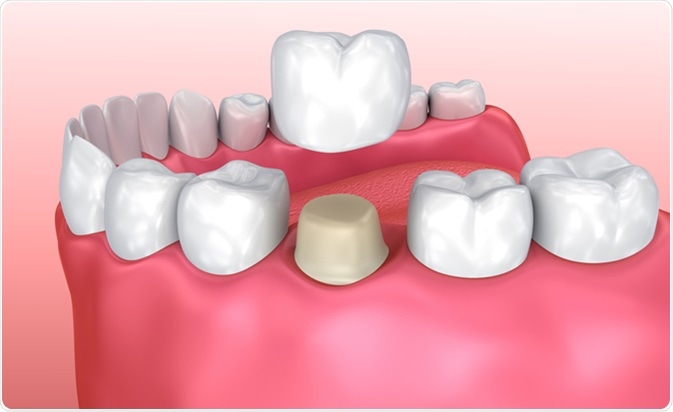 An example of a crown would be something typically wraps around the tooth and I've got a good example of that here. Crown is made out of high strength porcelain and we can glaze them and customize them to bond to your tooth immediately. So these are, that's kinda the main one that you've probably heard of.

While veneer is mostly used to change the shape and the shade of a tooth permanently. We can do that with much less reduction and much less tooth removal. So you're able to keep more of your tooth structure and keeping your tooth stronger is obviously a very good goal for us and it's one thing that we have a big advantage over when we do a veneer as opposed to a crown. So if you're interested in having your smile improved you're gonna want to have a veneer done rather than a crown.

An example of reason why you might want a crown done in the smile area would be because you have a tooth that has many, many fillings in it or maybe it has decay and the decay is so large that a crown is needed, or maybe you had a root canal in that tooth, and because of the root canal there is not enough tooth structure for a veneer to really be successful and be strong enough. We might recommend that you would need a crown rather than a veneer on a front tooth in case you had a root canal. 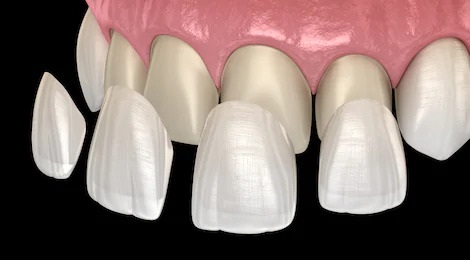 And here is a veneer example. It just covers the front side and it's a lot thinner and it's a lot smaller. It's usually about a millimeter in thickness. So a huge advantage there to a patient would be that when you chew your food you're still able to hit on your teeth rather than hitting on the porcelain. If you're hitting on the porcelain obviously the dentist had to remove that tooth structure.

There's another reason why maybe a veneer would be a better solution because you have to remove a lot of tooth structure to do that. Here is differences between crowns and veneers, and why one might be beneficial over the other.

Probably looking at crowns for more of a cavity fix, more of a structural issue to the tooth. And then a veneer more for cosmetics, changing the shape or shade permanently. And one huge advantage of a veneer over natural teeth is that veneers don't stain. So coffee, tea, wine, anything that would normally stain teeth, doesn't stain a veneer.

They are an awesome way to repair significantly damaged decay teeth. You need to protect your teeth to be damaged further. Crowns can improve the appearance of a tooth by changing its shape or colour. Crowns can last 5-15 years. While veneers can give the perfect smile and prevent tooth discolouration.

We will usually match the existing colour of your teeth with a porcelain tooth. Sometimes people may choose a lighter colour for cosmetic reasons. For a back tooth you can have a porcelain crown however your dentist might recommend a gold crown due to its strength and durability for senior citizens. We will discuss all of the options available to you, because each case is unique.

Between the stages of preparing a tooth for a crown and placement of the final crown, a temporary crown is cemented onto your tooth to protect it. It usually takes about 30 to 45 min depending on cases. 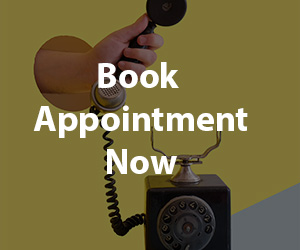 You can rest assured that everyone at G Dental Care, from our front office staff and dentists will make sure that your dental treatment is as effective, affordable, and pleasant as possible.